[Guide]We all know that Capacitors have always played a very important role in Electronic circuits. They are responsible for the coupling of signals in electronic circuits, the differentiation of volt-ampere characteristics in RC circuits, such as integrals, “tanks” in oscillating circuits, bypasses, and power supplies. Filtering, etc.

Due to the polarity of electrolytic capacitors, you must pay attention to the correct connection of the positive and negative electrodes during use. Otherwise, not only the capacitor will not function, but also the leakage current is large. In a short time, the inside of the capacitor will heat up, destroy the oxide film, and then be damaged. 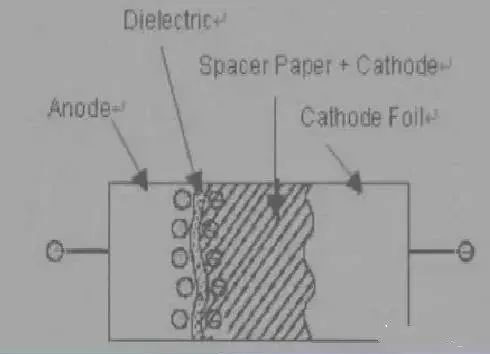 Many articles have reported the mechanism of the reverse voltage threshold phenomenon of aluminum electrolytic capacitors, called hydrogen ion theory. When the electrolytic capacitor is subjected to a reverse DC voltage, that is, the cathode of the electrolyte bears the forward voltage and the oxide layer bears With a negative voltage, the hydrogen ions collected in the oxide layer will pass through the medium to the boundary between the medium and the metal layer and be converted into hydrogen gas. The expansion force of the hydrogen gas makes the oxide layer fall off.

Therefore, the current flows through the capacitor directly after the electrolyte breaks down, and the capacitor fails. This DC voltage is very small. Under the action of a reverse DC voltage of 1~2V, the aluminum electrolytic capacitor will immediately fail due to the hydrogen ion effect in a few seconds. . On the contrary, when the electrolytic capacitor is subjected to a positive voltage, the negative ions gather between the oxide layers. Because the diameter of the negative ions is very large, they cannot break down the oxide layer, so they can withstand higher voltages.

●Anode: The anode aluminum layer, that is, the positive electrode of the electrolytic capacitor.

●Dielectric di: The aluminum oxide layer attached to the surface of the aluminum layer.

●Cathode Foil: The layer that connects the electrolyte and the outside. This layer does not need to be oxidized during production, but in practice, because aluminum is easily oxidized during the etching process, it forms a naturally oxidized layer. The oxide layer, this oxide layer can withstand a voltage of 1~2v.

●Insulation paper (spacer paper): Isolate the cathode and anode so that they are not directly short-circuited, and absorb a certain amount of electrolyte. 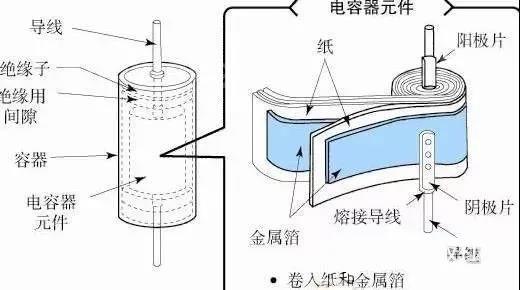 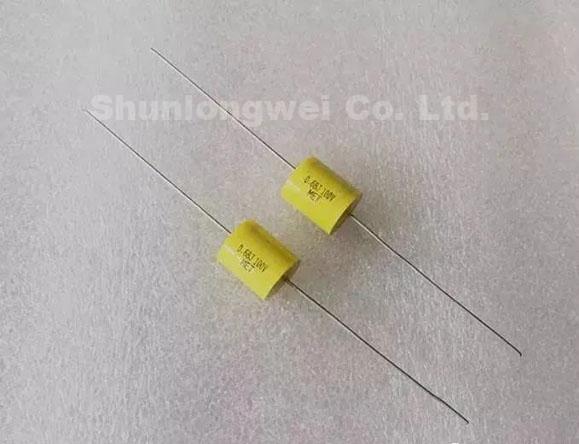 4. What happens when a polarized capacitor is reversely connected?

5. Reverse connection of a polarized capacitor will explode, so it cannot be directly connected to the AC power supply?

It cannot be connected to an AC power supply, because this polarized capacitor is designed to be used on a DC power supply for filtering. Because there is a special substance inside this polarized capacitor, this substance cannot withstand back pressure, and if it is connected to alternating current, it will breakdown or explode in the reverse direction.

6. Why does the resistivity decrease when the positive and negative poles of the electrolytic capacitor are reversely connected?

Involving the principle of electrolytic capacitors: when the positive connection of the capacitor is positive, a very thin oxide film (alumina) will be formed as the dielectric; when reverse connection, the metal aluminum sheet (the positive electrode of the capacitor) is connected to the negative electrode of the power supply, which will electrolyze H2. No oxide film is formed, and the other electrode does not form an oxide film that can be used as a dielectric due to different materials.

7. Why can only non-polarized capacitors be used in pure AC circuits?

In the circuit where the DC voltage is superimposed on the AC signal, and it can be ensured that the minimum voltage after superposition will not become a negative value, a polarized capacitor can be used. 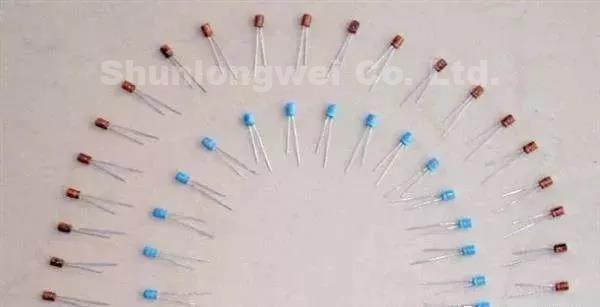 8. What is an electrolytic capacitor?

Electrolytic capacitor is a kind of capacitor. The medium has electrolyte coating, has polarity, and cannot be connected wrongly. The electric capacity (Electric capacity) consists of two metal poles with an insulating material (medium) sandwiched in between.

●The capacitance per unit volume is very large, tens to hundreds of times larger than other types of capacitors;

●The rated capacity can be very large, it can easily achieve tens of thousands of μf or even a few f (but not comparable to the electric double layer capacitance);

●The price has an overwhelming advantage over other types, because the constituent materials of electrolytic capacitors are common industrial materials, such as aluminum.

Polarized electrolytic capacitors usually play a role in power supply circuits or intermediate frequency and low frequency circuits for power supply filtering, decoupling, signal coupling, time constant setting, and DC blocking. Generally cannot be used in AC power circuits. When used as filter capacitors in DC power circuits, the anode (positive) should be connected to the positive terminal of the power supply voltage, and the cathode (negative) should be connected to the negative terminal of the power supply voltage. , Otherwise it will damage the capacitor. 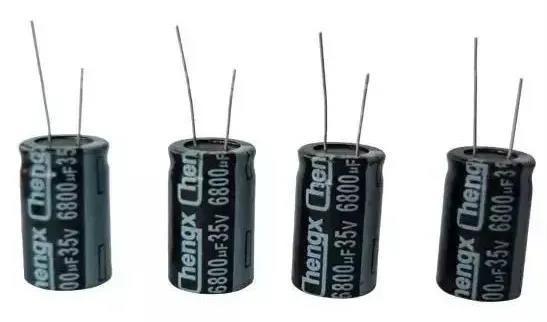 Both are storing charge and releasing charge; the voltage on the plate (here the electromotive force accumulated by the charge is called voltage) cannot be changed suddenly.

Performance is the requirement of use, and maximum demand is the requirement of use. If a metal oxide film capacitor is used for filtering in the power supply part of the TV, and the capacitor capacity and withstand voltage required for filtering must be achieved. I am afraid that only one power supply can be installed in the case. Therefore, only polar capacitors can be used as filters, and polar capacitors are irreversible.

That is to say, the positive pole must be connected to the high potential end, and the negative pole must be connected to the low potential end. Generally, electrolytic capacitors are above 1 microfarad for coupling, decoupling, power filtering, etc. Most of the non-polar capacitors are below 1 microfarad and participate in resonance, coupling, frequency selection, current limiting, and so on. Of course, there are also large-capacity and high withstand voltage, which are mostly used for reactive power compensation of electric power, phase shifting of motors, and variable frequency power shifting. There are many types of non-polar capacitors, so I won’t repeat them one by one.

I have already mentioned that capacitors of the same volume have different capacities, so I won’t repeat them one by one.

In principle, without considering the tip discharge, any shape of capacitor can be used in the environment. The commonly used electrolytic capacitors (with polarized capacitors) are round, and square ones are rarely used. The shapes of non-polar capacitors vary. Like tube type, deformed rectangle, sheet type, square type, round type, combined square type and round type, depending on where it is used. Of course, there are also intangibles. The intangibles here refer to distributed capacitance.

A basic principle of circuit design is to require designers to fully understand and master the components in reality. The components used should be standard parts and general parts as much as possible, preferably the most common type on the market (the more common the components are, the better, The easier the purchase, the greater the supplier’s output, and the lower the purchase cost). For the components used in the drawings, if the materials can only be obtained by order, the cost is certainly not low. If it is custom-made and cannot be obtained, then this design drawing is equivalent to waste paper.

In addition, large capacitors are suitable for filtering low-frequency signals, and small capacitors are suitable for filtering high-frequency signals. However, decoupling is only one function of capacitors. Capacitors have other functions. The characteristics of different types of capacitors are very different in usage. The capacitor on the schematic diagram is just a symbol, and there are many tricks behind it. This aspect has a lot to do with experience, and it is impossible to make it fast, only to accumulate slowly through practice.

10. How to classify capacitors?

Paper capacitor: A capacitor that uses a special capacitor paper as a dielectric.

●Electrolytic capacitor: a capacitor that uses an electrolyte as a dielectric.

●Mica Capacitor: A capacitor that uses natural mica as a dielectric.

●Porcelain chip capacitor: a capacitor that uses a single-layer ceramic material as a dielectric.

●Polyester power capacitor: a capacitor that uses nylon material as a dielectric.

●Niobium capacitor: it uses metal niobium[ní]It is a kind of capacitor made of positive electrode, dilute sulfuric acid and other solution as negative electrode, and the oxide film formed on the surface of niobium as the dielectric.

●Tantalum capacitor: It is a kind of capacitor made with metal tantalum (Ta) as the anode material.

●Wire-wound capacitor: It is a kind of capacitor that uses a metal wire to wind on the dielectric as an electrode. The area of ​​the electrode can be adjusted by changing the number of turns of the metal wire to adjust the capacity.

●Oil-impregnated paper capacitors: capacitors that use a neutral oil as the dielectric are mostly used in power systems

According to the adjustability of the capacitance, it is divided into: fixed capacitance: a capacitor with a constant capacitance value.