The sound of “rising” sounded: the semiconductor industry chain started the “increasing mode”

The semiconductor industry has started the “inflated mode”!

Due to the butterfly effect caused by the shortage of wafer production capacity, manufacturers of Semiconductor wafers, materials, chips, packaging, and testing have announced product price increases. He goes up, I really don’t know who will go up next.”

In response to the recent price increase in the semiconductor industry, OFweek Electronic Engineering Network has taken stock of the price increase news in each link.

Most of the news shows that the source of the overall price increase in the semiconductor industry chain comes from the wafer industry, especially 8-inch wafers. At present, the supply of 8-inch wafers ON the market is in short supply, and the demand is soaring. Mainly due to the impact of the epidemic at the beginning of the year, the rise of life modes such as telecommuting and distance education has promoted the popularity of mobile Display devices, and orders for 8-inch wafers for notebooks and tablets Exacerbated, the production capacity is seriously insufficient.

In August, news came out. Fang Lue, chairman of World Advanced, pointed out that, benefiting from changes in new lifestyles such as home office and remote applications, and the accelerated deployment of 5G, related power management ICs, panel driver ICs, and discrete components will be widely used. The increase will make the 8-inch foundry capacity tight, and it is estimated that the supply will still be in short supply for the whole year next year, and the world’s advanced has indeed discussed with its customers to increase the price of the 8-inch foundry, but the relevant details have not been disclosed.

Recently, an investor asked SMIC whether to raise the price of 8-inch wafer foundry on the “SSE e-interaction” platform. SMIC said that existing customer orders will be carried out according to the signed contract, and new customers and new projects will be The price is negotiated by both parties, and the company will also increase the average wafer price by optimizing its product mix. This response undoubtedly confirms the fact that wafer prices will change. In recent days, the U.S. government has further tightened export controls on SMIC, which will undoubtedly put further pressure on the already tight global foundry capacity.

Huang Chongren, chairman of RSMC, also told the media that the current wafer production capacity is unbelievably tight, and customer demand for production capacity has reached a panic level. It is estimated that the logic and DRAM markets will be out of stock from the second half of next year to the second half of 2022. to the point of unimaginable. According to news statistics, companies such as Samsung, UMC, GF and World Advanced have increased their prices by about 10%-15% in the fourth quarter, and the increase will start at least 20% in 2021, and the urgent orders will even be as high as 40%. 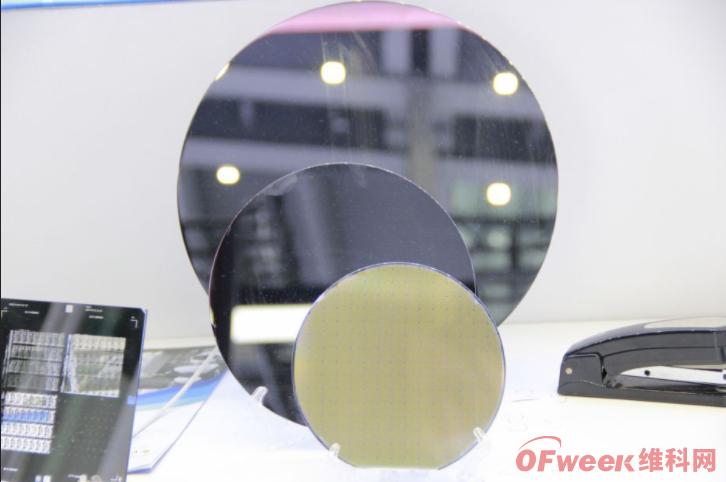 (The picture comes from OFweek Weike.com)

However, TSMC has not yet released any news about the price increase of wafers. It is reported that TSMC’s advanced process and mature process capacity have been fully booked by customers in the first half of next year. However, as the world’s largest wafer foundry, TSMC’s foundry price is originally tallest.

Similarly, the rise in wafer prices is not only related to the intensification of orders and insufficient production capacity. In the second half of this year, many wafer fabs also encountered various unexpected factors. For example, X-FAB, a large wafer factory, was attacked by a virus and had to close its six wafer fabs. The impact of the overseas epidemic has caused many fabs to stop production and stop production.

In terms of semiconductor materials, as mentioned at the beginning of the article, the impact of the epidemic has created the rise of the mobile device industry. The demand for production capacity in the panel industry is booming. Samsung, LGD and other major manufacturers are in short supply, and target production capacity is also very short. Some material industry insiders said that only the orders for large customers are in a state of short supply, and they have been unable to deal with small customers and develop new customers. Although the material cost of ITO targets has not increased, the labor and operating costs are increasing, and the additional orders from the panel factory have a tendency to increase in price.

In addition, some CCL manufacturers have recently raised prices (or prepared for price increases), with a price increase of about 10%. Copper clad laminate is the core material of PCB circuit board, accounting for the highest proportion of PCB raw material cost. Beginning in May this year, CCL started the first wave of price increases this year, and it is now the third price increase. There are two main reasons: (1) the major CCL producing countries such as the United States, Chile, Canada, and Zambia are under the shadow of the epidemic, and the supply of copper in the market is limited; (2) the downstream demand side such as automobiles and home appliances is driven by the surge the price of copper clad laminates.

The price increase notice for chip products came more suddenly, and it is also the most affected area at present.

On November 26, the price increase letter from NXP, the leader in automotive chip manufacturers, showed that NXP told customers that the continuous impact of the new crown epidemic has had an unprecedented impact on the commercial and trade markets. NXP is facing a serious shortage of products. Under the dual influence of the significant increase in the cost of materials for manufacturing these products, the company decided to increase the prices of products across the board to ensure that it can obtain the supplied materials and services to complete the manufacture and sale of products to customers.

Some time ago, OFweek Electronic Engineering Network reported the news about the price increase of MCU (for details, please refer to the article “MCU price increase, domestic manufacturers may welcome opportunities”), just yesterday, the industry once again reported that Holtek (Hetai), The news that Lingtong, Songhan, Hongkang, and Nuvoton MCU factories in Taiwan have raised their product quotations at the same time. Some products have increased by more than 10%, and some products have even extended their delivery time to 10 months. The reasons for the increase are all cost-related. The industry also gave an analysis that the former STMicroelectronics (ST) European fab worker strike affected market supply, followed by TSMC, UMC, World Advanced, NSMC and other wafer foundries with full capacity, and MCU manufacturers’ production capacity was limited , the MCU factory products have been postponed across the board, and even new orders are not accepted.

(The picture comes from OFweek Weike.com)

The wildfire of price hikes by overseas chip manufacturers has gradually spread to China. Hangshun Chip, the earliest domestic company that began to develop domestic 32-bit MCU chips, has also issued a price adjustment notice recently, and the prices of NOR FLASH, LCD drivers and other products have risen by 10% to 20%. In response to this matter, Hangshun Chip replied to the media that the entire industry chain is currently undergoing (price) adjustments, including raw materials, packaging, testing and other links. The company said it “increased prices for individual products because the supplier gave us a price increase”. The insider said that the MCU market is a stable market, but there is a problem on the supply side, the foundry capacity of the chip factory is insufficient, and the demand is suddenly bursting, which of course will cause the entire supply and demand imbalance.

Sealed and tested, up!

Industry news shows that the packaging and testing factory has increased the price of lead frame bonding packaging in October due to the shortage of production capacity, and the price of urgent orders and new orders will be increased by 10%. The price has increased due to out of stock, so the price of new orders has increased by about 20%, and the price of urgent orders has increased by more than 20-30%. The industry expects that after the price increase of ASE, Qibang, and Nanmao, companies including Huatai, Lingsheng, and Chaofeng will follow suit. Based on the situation of previous years, the packaging and testing market has entered a traditional off-season after mid-to-late November, and this year is particularly special. It is difficult to relieve the full capacity before the end of the year, and the tight packaging capacity will continue to at least the middle of next year, and the first quarter of next year will increase in an all-round way. Price 5 to 10% is imperative.

“A single hair can move the whole body” is undoubtedly the most realistic portrayal of the current global semiconductor industry. The problem of insufficient upstream wafer capacity won’t be alleviated until the middle of next year, and the materials, packaging and testing, and terminal chip products that are simultaneously affected will never stop increasing prices. At present, only terminal consumption remains. The impact on the product is minimal.

You rise, I rise, everyone rises, and the tide of price hikes is not all bad. As far as the current situation is concerned, the news of foreign semiconductor manufacturers raising prices will undoubtedly bring more opportunities for domestic substitution. When terminal manufacturers’ demand for chips is greater than the supply chain supply, the best way is to broaden the supply chain channels for themselves and increase the number of manufacturers that can replace each other. Domestic chip manufacturers have been developing vigorously in recent years, and the distance between their products and international first-tier manufacturers has gradually narrowed. Under the circumstance that the price of imported semiconductor products is difficult to buy, it may be possible to give domestic manufacturers more opportunities.