As we all know, 5G is about to be applied ON a large scale around the world next year. Although the sales growth of smartphones will be difficult to show a “big explosion” momentum due to the long replacement cycle, the growth of the overall semiconductor industry will continue to be strong.

Taiwan media reported on December 30 that 5G will be the biggest focus of the global industry in 2020, and the mobile phone and Semiconductor industries are expected to benefit significantly, of which the semiconductor industry will be comprehensively driven; in terms of brand smartphones, Apple is expected to remain the leader. The biggest winner in the flagship market.

According to the report, the research report pointed out that with the upgrade of specifications driven by 5G, it will drive the improvement of implied value and drive the global semiconductor industry to see a compound annual growth rate of 5% to 10% from 2020 to 2022, compared with 2017 to 2019. The annual single-digit growth was significantly magnified. The report estimates that Apple’s 5G iPhone shipments will reach 80 million in the second half of 2020.

As far as 5G is concerned, the infrastructure construction time of global telecom operators will be very long, but the construction of base stations will accelerate in the second half of next year after the mass production of 5G smartphones. The speed of 5G popularization may be much faster than that of 4G. The main reasons include: 5G has more system-on-chips, and mainland Chinese smartphone manufacturers are vigorously launching 5G smartphones priced at RMB 3,000.

[延伸阅读]Amount jumped by 136%! The country is investing “big money” in semiconductor materials

Reference News Network reported on December 24 that foreign media reported that South Korea’s public investment in future industrial materials and nanotechnology will jump 136% in 2020 as the government works to enhance global competitiveness in cutting-edge technology industries.

According to a report by Yonhap News Agency quoted by Taiwan’s Economic Daily on December 22, the total investment amounted to 233.6 billion won (1 yuan is about 165.6 won), an increase of 136% from this year’s total of 98.8 billion won. South Korean agencies said on December 22 that the investment project will focus on purchasing original technology, expanding R&D infrastructure, and building a robust business ecosystem.

According to reports, the relevant R&D expenditure is 128 billion won.

In terms of research and development, next year will invest heavily in advanced nanotechnology and materials industries, ranging from micro sensors and components to medical, energy and environment fields; part of the funds will be used to assist in research and development and access to key new technologies patents; the remaining funds will help South Korea reduce its reliance on foreign components.

According to the report, the South Korean government has also invested heavily to support the expansion of the production of advanced semiconductor materials in South Korea, and will also invest in bringing technologies and products to the market.

BNP Paribas recently raised its rating on Korean stocks, saying that the semiconductor market cycle has bottomed out and will begin to climb next year, which indicates a cyclical recovery in the economy.

According to the report, the investment bank pointed out in the report that the excess inventory situation will gradually decrease next year, and demand from data center and smartphone manufacturers will recover, with an average KOSPI level of 2,325 points.

According to the report, however, Citi is pessimistic about the performance of South Korean stocks next year, the bank wrote in a research report issued on November 29: “Although the market enters a new year, we would rather wait for the next decline before turning to See more.” 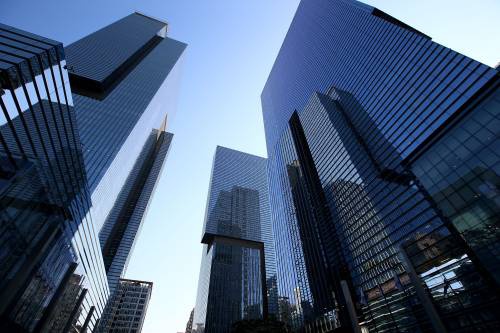 [延伸阅读]Key indicators hint that the semiconductor industry is changing

Reference News Network reported on December 22 that Taiwanese media said that three indicators of the semiconductor industry showed signs of recovery. The recovery in demand in the technology industry is expected to benefit export-oriented economies such as South Korea, which in turn will drive the recovery of supply chains in Asia.

Taiwan’s “Economic Daily” reported on December 20 that semiconductor sales are a key indicator of the development of the global technology industry, as semiconductors are used in everything from smartphones to laptops, TVs and cars. A durable recovery in demand momentum would be particularly helpful for South Korea. South Korea’s economic growth this year handed over the worst “report card” since the financial crisis.

Expanding capacity is one of the clearest leading indicators of chip output. Shipments of chip-making equipment in October were the highest since December, according to the Semiconductor Equipment and Materials International (SEMI). The latest semiconductor production equipment shipment data in North America supports the view that semiconductor sales will continue to rise.

South Korea supplies more than two-thirds of the world’s DRAM memory chips, and semiconductor inventories stacked in its domestic warehouses peaked in July. South Korea’s chip inventory in September was 16% lower than in August, the biggest drop since June 2017, while global chip sales rose 3.4% during the same period, the largest since August 2017, according to the Korea Government Statistics Office. increase.

“I think the bottom has been reached, and now it’s starting to rebound again,” said Sean Roach, chief Asia-Pacific economist at S&P.

Reference News Network reported on December 12 that Japanese media reported that the International Semiconductor Equipment and Materials Association (SEMI) released a forecast on December 10 that the global market size of semiconductor equipment in 2021 will increase by 9.8% over the previous year, reaching 66.8 billion US dollars. (1 US dollar is about 7 yuan), setting a previous record of 64.4 billion US dollars in 2018. A recovery in memory investment and investments in “logic semiconductors” are expected to drive the market. New demand in the mainland Chinese market is also expected to increase.

The “Nihon Keizai Shimbun” website reported on December 11 that for sales in 2019 and 2020, the association raised its forecast in September. Sales in 2019 will decrease by 10.5% from the previous year to US$57.6 billion, the first time in 4 years to be lower than the previous year, but will increase by 5.5% in 2020 compared to the previous year, recovering to US$60.8 billion. It is reported that the current memory investment is slow to start, but the equipment investment for logic semiconductors remains strong.

China has made progress in its efforts to promote the localization of semiconductors, and equipment sales will exceed 16 billion US dollars by 2021. Mainland China is expected to become the world’s largest market, surpassing South Korea and Taiwan.

Reference News Network reported on December 6 that Japanese media reported that mainland China is accelerating the introduction of talents from Taiwan, which has high-end semiconductor talents. Statistics show that up to now, more than 3,000 relevant talents have been introduced from Taiwan.

According to the “Nihon Keizai Shimbun” website reported on December 5, “I hope to participate in major projects and improve my own value as a technician, this is a matter of course.” A man in his 50s was in Taipei City, who was returning to his hometown to visit relatives. Express. In the fall of 2018, he left a large semiconductor manufacturer in Taiwan where he had worked for many years, and moved to a mainland company. Locally, he said, wages more than doubled and he was able to live without any inconvenience with his family.

According to the report, in Taiwan, there are many such technicians. The economic magazine “Business Week” reported that as of now, more than 3,000 semiconductor technicians have gone to mainland enterprises from Taiwan to work. There are more than 40,000 technicians involved in semiconductor development in Taiwan, and nearly 10% of the total number of technicians has flowed to the mainland. Some analysts believe that the current flow of talent to the mainland is accelerating.

According to the report, statistics from the International Semiconductor Equipment and Materials Association (SEMI) show that in the field of semiconductor manufacturing equipment, mainland China is also expected to surpass Taiwan by 2020. The mainland’s policy of vigorously developing the semiconductor industry has gradually become clear, which has contributed to the trend of the island’s semiconductor talents flowing to the mainland.