At the end of 2021, 5G was ON pace to exceed 540 million connections and 220 commercial networks worldwide, according to Omdia and TeleGeography. What do those numbers mean for engineers, systems designers, and others responsible for adding cellular connectivity to their devices and workflows?

One takeaway is volume-driven benefits. The more devices and networks there are, the faster 5G descends down the cost curve. That makes 5G increasingly viable for notoriously price-sensitive applications such as the internet of things and consumer electronics.

That trend might seem like the all-clear signal to start using 5G rather than 4G. To a large extent, that’s true. But the situation isn’t that clear-cut. Here’s why — along with six key things to consider when deciding whether, when, and how to start using 5G.

Spectrum choices directly affect your product’s performance, reliability, battery life, operator choices, addressable market, and cost. 5G is designed to operate in 63 bands, far more than any previous generation. Those bands also range from 600 MHz to 48 GHz, putting many of them well outside the traditional cellular bands. This means that even if you have experience integrating cellular modems into devices, 5G still comes with a steep learning curve.

For example, each band has its own signal propagation characteristics and bandwidth capabilities. Millimeter-wave (mmWave) spectrum — 24 GHz and higher — supports multi-gigabit speeds, which is ideal for bandwidth-intensive applications such as 4K video surveillance camera backhaul or streaming 8K video to streetside digital signage. 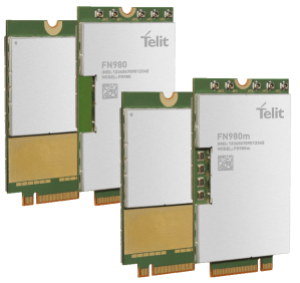 One caveat is that mobile operators typically deploy mmWave base stations only in certain areas, such as downtowns, malls, business parks, and stadiums. That’s because the higher the frequency, the shorter the signal range, which means the operator has to deploy more sites to cover a given area. A mmWave base station atop a streetlight pole might have a coverage area of only a few hundred meters. Only densely populated areas have a pool of potential customers large enough for the operator to recoup the capex and opex of all those additional sites.

What if the application needs gigabit speeds in additional places, such as small towns and interstate highways? Then its 5G module must support bands at other, lower frequencies to ensure that a connection is always available. This also may require carrier aggregation (CA), where multiple signals at multiple frequencies are combined to achieve the target bandwidth.

Another factor is physical obstructions. At higher frequencies, walls, windows, and even foliage can attenuate signals to the point that bandwidth plummets — or the connection is completely lost. That’s why it’s important to consider where the devices will be used: Indoors? Outdoors? Both? The same question applies to the 5G base stations. For example, if the devices are used indoors, such as for factory automation, throughput will be more consistent and connections will be more reliable if the base stations also are inside rather than trying to plow signals through exterior walls.

Who owns the 5G network?

The factory automation scenario highlights another key consideration: Who owns the 5G network that your devices will use? If the product is aimed at the business market, it could be a private network, which can take one of three forms:

Mobile operators have access to far more bands than private operators. For example, in the U.S., a private network might use CBRS spectrum (3.55 to 3.7 GHz), also known as Band 48. So if the device’s target market is U.S. enterprises that own a 5G network, then its module and antenna would have to support CBRS.

If some of the target customers use a virtual slice of a public network or a hybrid combination, then another consideration is 5G availability. Although there were roughly 220 5G networks in commercial service at the end of 2021, it will take several more years of buildouts to match the nearly 700 networks that 4G currently has. In fact, TeleGeography estimates that by the end of 2023, 5G will still be less than halfway there, with about 329 networks worldwide.

As a result, the module will need to support 4G for use in areas where a 5G standalone network — public or private — isn’t yet available. Known as “dual connectivity” or EN-DC, this capability increases the module’s complexity, which also creates additional challenges and costs related to regulatory approval and mobile operator certification.

Even if a module doesn’t need 4G support, certifications are a key consideration because they affect the cost and lead time of bringing a 5G product to market. To minimize both, look for 5G modules that are pre-certified by major mobile operators and regulators, such as the Federal Communications Commission (FCC), the PCS Type Certification Review Board (PTCRB), the Radio Equipment Directive (RED), the Global Certification Forum (GCF), Japan Radio Law (JRL), Japan Telecommunications Business Law (JTBL), and the Korea Communications Commission (KCC).

Operator and Regulator certifications also affect a 5G device’s addressable market and revenue potential. The more that it has, the more countries and regions where it can be sold. This flexibility also can be particularly attractive to multi-national enterprise customers.

Many 5G applications will involve battery-powered devices, such as medical wearables and industrial sensors. In those cases, power consumption is a major consideration, especially if the application is mission-critical or if the device is expected to remain untouched in the field for a decade.

But there’s a host of additional considerations for further maximizing battery life. Some of these depend on other choices, such as spectrum. For example, if the 5G device will use mmWave spectrum, then the module should be paired with a low-power antenna.

5G is synonymous with speed. For example, the 3GPP 5G standards include the Enhanced Mobile Broadband (eMBB) feature set, which supports peak downlink speeds of 10 Gbits/s. Impressive as that is, a module’s uplink capabilities will be equally or more important for many 5G applications, such as surveillance camera backhaul and SD-WAN for enterprise offices.

Another speed-related nuance involves aggregation, both CA and EN-DC. Scrutinize the module’s EN-DC and CA combinations to ensure that they don’t incur performance limitations in real-world deployments. For example, sometimes 5G performance can be even lower than 4G in some areas due to a lack of EN-DC combinations.

A well-designed 5G module also can reduce a device’s bill-of-materials (BOM) cost, potentially making it more profitable. A lower BOM cost also can enable the device to tap a bigger market, including price-sensitive IoT applications such as smart meters.

For example, a module with powerful processing capabilities also can run user space applications, eliminating the need for separate hardware. This also can be an opportunity to leverage an embedded application development environment, such as a set of functions that can be called upon by a Linux client application.

Finally, consider the device’s physical environment. For example, if it will be subject to big temperature swings and vibration — such as a fleet telematics module — select a module that’s industrial-grade. Look for a temperature range of –40˚C to 85˚C, as well as a thermal design that efficiently dissipates heat. Avoid modules designed for consumer-grade devices, such as laptops, tablets, and mobile hotspots. 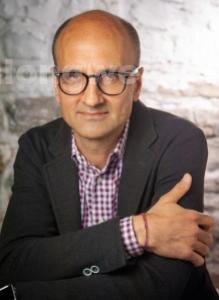 Marco Contento is the vice president of 5G technologies for Telit. He is a technologist with over 20 years of global wireless experience in a broad range of IoT technology categories. Marco is responsible for Telit’s long-term roadmap of products and solutions and is leading the 5G program and strategy. He has been with Telit since 1997 and has held several titles, including head of product management. Throughout his Telit career, Marco has been instrumental in leading the product roadmap and working with chipset partners, carriers, key customers, and the sales team to define product requirements. Marco holds a master’s degree in electronic engineering from the University of Trieste.