The continued growth of connected devices, coupled with technology advances, is driving the need for next-generation non-volatile memory devices like MRAMs for MCUs used in IoT applications. But challenges still need to be overcome. 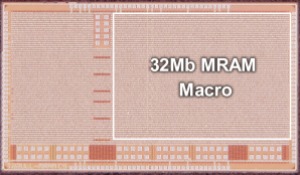 Announced at the 2022 IEEE Symposium ON VLSI Technology and Circuits in June 2022, Renesas has developed a fast-read technology that uses a high-precision sense Amplifier circuit and a fast write technology with simultaneous write-bit optimization and a shortened mode transition time.

The advances were driven by the need for higher performance MCUs used in IoT endpoints, which require finer process node fabrication, as well as more efficient code writing to endpoint devices. The new circuit technologies are expected to boost memory access speed to exceed 100 MHz, which is currently a challenge with MRAM.

The challenge is that the “MRAM has a smaller read margin than flash memory, which degrades read speed,” in addition to “a large gap between the CPU operating frequency and the read frequency of the non-volatile memory since it can degrade MCU performance,” said Renesas.

The company also noted that further speed improvements are needed to shorten system downtime for over-the-air (OTA) updates for endpoint devices as well as to reduce costs in writing control codes for MCUs.

These challenges translate into a need for faster read and write operations in MRAM.

Renesas’s fast read technology uses capacitive coupling to boost the voltage level of the differential input nodes of the sense amplifier. This “allows the differential amplifier to sense a Voltage difference even when the memory cell current difference is small, achieving high-precision and fast read operation,” said the company.

The high-speed write technology achieves even a higher speed than Renesas’s write technologies announced in December 2021 by shortening the mode transition time during write operation by approximately 30%.