Omnivision Technologies, Inc. wants to be known as more than a CMOS image sensor company and is rebranding itself to better reflect its current product portfolio and capabilities. Founded in 1995, the fabless Semiconductor company, now simply called Omnivision, has since expanded beyond image sensing technologies, adding analog solutions and touch & display technologies thanks to several acquisitions. The company also announced several new product launches for the automotive and smartphone markets as well as new partnerships at CES 2022.

The company wants to continue to grow organically as well as through acquisitions as long as there are product synergies to support the customer base, said Michael Wu, senior vice president of global sales and marketing. “We want to expand from selling the sensor to any products in their BOM [bill of materials] or ON their wish list.”

This strategy also provides additional advantages for the customers, said Wu. By adding different products to the portfolio, there are fewer suppliers for the OEM to manage and by sourcing both the sensing and touch & display products from the same supplier it provides a much faster time to market compared to companies only offering vision products, he added.

Omnivision, acquired in 2019 by  Will Semiconductor Co. Ltd., now has more than 30 locations globally, including two new R&D centers in Irvine, Calif. and Mechelen, Belgium. Over the past few years the company has spent an average of 10-12 percent of its total revenue on research and development. From 2020 to 2021, the company invested 15 percent of its total revenue on R&D for its design business.

The company is focused on six market segments including mobile, computing, medical, automotive, security, and emerging, and is known as a sensing leader in most of these segments. This enables the company to share technologies developed for one segment with other product areas.

“We can leverage and reuse the technologies across the different segments,” said Wu. As an example, near-infrared (NIR) technology for low-light performance, initiated in security applications, can be reused in automotive, and automotive HDR technology is now being implemented in mobile devices, he added.

“Another big trend for Omnivision is supply-chain synergy,” said Wu. “Because we’re offering mobile consumer products, automotive, and others, the total manufacturing and shipping volume in 2021 was over 1.6 billion sensor units. That’s large scale, which helps us to have a strong position in the supply chain with our [manufacturing] partner. We can have enough capacity to move around when one segment like automotive this year got very strong demand. We could cut the capacity for other segments to help in automotive.”

Wu also notes by working with automotive customers over the past 16 years, it has helped the company to implement a very high-quality system for developing sensors, which transfers over to the other product lines to build in the same quality-level. 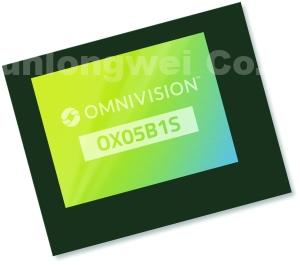 The new image sensor enables the automotive industry to move from 1 MP and 2 MP to 5 MP, reducing the number of cameras required from two to one for simultaneous driver and occupant monitoring systems, said Wu.

A key advantage of the new device is that it enables the use of one camera instead of multiple cameras for the different driver and passenger monitoring, and because it has an RGB-IR it works in bright lights in the daytime and also in the dark in the evening, he said.

Previously, the DMS used a camera in front of the driver and if you wanted to monitor a passenger a different camera was needed and it was hard to find a location inside the car for the two cameras, he added.

Also claiming the smallest pixel size with the highest NIR sensitivity, the OXO5B1S features a pixel size of 2.2 µm with 940-nm NIR sensitivity for high performance in extremely low light conditions. The image sensor also offers a wide field of view and enough pixels to view both the driver and occupants, said Omnivision, and is the first RGB-IR sensor for in-cabin monitoring to feature integrated cybersecurity.

The OX05B1S also claims the industry’s highest NIR QE at 36%, up from 12% in the previous generation. “This enables the OX05B1S to detect and recognize objects that other image sensors would miss under extremely low lighting conditions, enabling higher-performance in-cabin camera capabilities for improved occupant and driver monitoring, security, selfies, videoconferencing, and more,” said Omnivision. 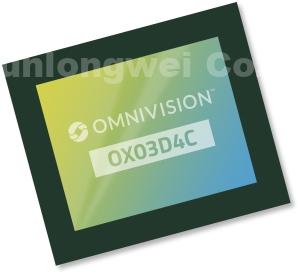 The low-power OX03D4C claims the smallest 2.1 µm pixel size in a 1/4-inch optical format. The SoC includes both the pixel array and image signal processor (ISP) and the next-generation tone-mapping algorithm for high contrast images along with leading LED flicker mitigation (LFM) performance. It also features a 105 dB motion-free high dynamic range (HDR) with a total range of 140 dB, and provides HDR and LFM simultaneously. The SoC consumes less than 500 mW power.

When the car OEM wants to migrate from a 1-MP surround system to 3-MP they want to keep the same ¼-inch optical size, otherwise they will need to change to a different camera and change everything in the system, said Wu. “ Most important for the OEM is it can fit into the ¼-inch optical size and it improves the resolution from 1 MP to 3 MP. So we shrink the pixel size from 3- to 2.1-micron to fit into a ¼-inch optical size, making it cost efficient from a whole system point of view.”

In addition, the OX03D4C provides four on-Screen display overlay layers for driver guidelines, as well as distortion correction to straighten any curved edges from lenses with a wide viewing angle, said Omnivision. It also complies with ASIL B advanced safety standards.

Omnivision also teamed with Seeing Machines to develop the industry’s first dedicated DMS and OMS ASIC that combines an image signal processor (ISP) and is powered by Seeing Machines’ Occula neural processing unit (NPU) for a complete system for automotive OEMs. The ASIC IP solution is expected to be available in the second half of 2022.

One of the key benefits of this collaboration is the low-power consumption. Together the 5-MP sensor plus the integrated ISP with the NPU consumes less than 2 watts for in-cabin monitoring, according to Wu.

Also announced at CES are two devices for high-end smartphones – Omnivision’s first 200-MP resolution OVB0B image sensor and the high-definition 144-Hz touch and display driver for next-generation smartphones, which is the first announcement from the company’s new Touch and Display Business Unit. 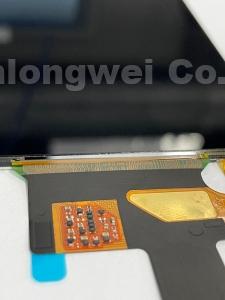 Upgraded from the TD4375, the new TD4377 touch and display driver supports higher performance in display and touch with much lower power consumption, said the company. TDDIs “enable the LCD module to achieve the rich and vibrant displays, superior touch performance, with lower module cost and greater manufacturing efficiency.”

The new solution features Omnivision’s OC0TA, claimed as the smallest camera module for eye tracking along with NIR and shutter efficiency. Tapping into the metaverse, the integrated camera module with eye tracking is expected to significantly reduce development time for AR, VR, and MR consumer OEMs.

Omnivision also announced a collaboration with Ajax Systems on the development of the ultra-low-power MotionCam Outdoor wireless motion detector. Featuring a built-in camera and two infrared sensors, it can operate for up to three years from a pre-installed battery and offers a communication range of up to 1,700 meters from a hub.

The motion detector uses Omnivision’s OV798 processor and OV2732 image sensor. The OV798 is an ultra-low-power video processor with instant boot up capability, and is used for the processing of HDR photos taken by the detector. The OV2732 is a PureCel image sensor that captures images and videos with staggered HDR. The image sensor supports ultra-low-power mode and an ambient light sensor, making it well-suited for battery-powered security applications.