It is no accident that Qualcomm holds hands with Honor, and a new Honor is on the way

After half a year of independence, the new script of Glory’s life has become clearer and clearer-becoming a giant standing ON the shoulders of giants.

On May 21, the 2021 Qualcomm Technology and Cooperation Summit was held, and a group of friends from Qualcomm’s “circle of friends” were present. A familiar face appeared in everyone’s sight, Honor CEO Zhao Ming.

Note that Zhao Ming is the only guest in the smartphone field who was invited by Qualcomm to attend and give a live speech.

This is where things get interesting. Qualcomm’s respect and sincerity for Honor proves that Honor has completed the crucial puzzle of the supply chain. At a time when the supply of chips in the entire industry is in short supply, the strategic cooperation with Qualcomm is undoubtedly a milestone event.

That question has been raised again: what kind of new glory can be created by standing on the shoulders of giants?

Starting from this cooperation, to expand the interpretation space in depth and horizontally, to find out the underlying reasons for the two sides to hold hands, and where the next step of Glory will fall after the cooperation, the answer to the question will naturally emerge. 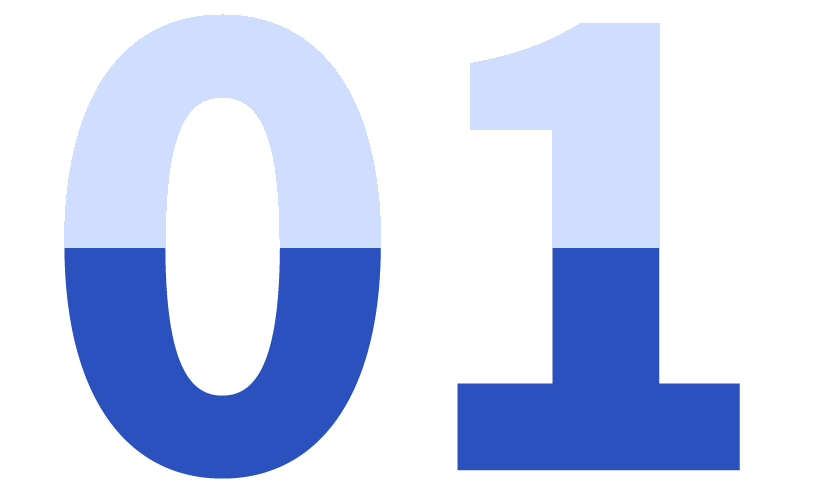 On the Internet Valentine’s Day on May 20, a “gossip” spread in the machine circle, and Zhao Ming and Qualcomm President and CEO An Meng paid attention to each other.

Big news is hidden in small actions. On May 21, the official announcement officially arrived. As mentioned earlier, Zhao Ming is the only guest invited to attend the summit and give a speech in the field of smartphones, which is enough to show the sincerity of Qualcomm, which also indicates that the cooperation is different from the past: Honor and Qualcomm will “open a new era of strategic cooperation”.

Jumping out of the gossip and looking at the past from the perspective of an industry observer, this hand-holding is no accident.

“Harmony and win-win, innovation and far-reaching”, from the theme of Zhao Ming’s speech, we can get that the matchmaker between the two parties is “innovation”. Continuing to extend, innovation corresponds to Honor’s R&D strength.

In addition, thanks to the accumulation of the previous years, the maturity and comprehensiveness of Honor’s technical solutions are leading the industry. Including the familiar GPU Turbo, Link Turbo, multi-camera imaging, lane-level navigation, etc., its technical capabilities cover 5G, AI, communication, imaging, software, design and other fields.

For Glory, R&D is the core competitiveness in the face of other business partners. For Qualcomm, Honor’s technical capabilities are the key to unlocking the potential of chips.

A word often heard in the mobile phone industry is “tuning”. The chips, lens modules and other components provided by suppliers are standard products, and there is no difference. However, the tuning capabilities of mobile phone manufacturers are uneven, which leads to the user experience is high and low. The gap behind this lies in the technical strength.

“In many cases, only a part of the hardware capacity is released, about 70% to 80%. In real situations, such as when playing games, GPU resources are called, while CPU calls are relatively small.” Zhao Ming said that Honor’s technical solution is precisely for the Solving similar problems, such as the newly upgraded GPU Turbo X, can synergize the resources of GPU and CPU to improve the game experience.

He also made a preview of the hand-in-hand with Qualcomm. Based on the cooperation, Honor’s unique core technical capabilities will be transplanted to the Qualcomm platform to further release the performance of Qualcomm Snapdragon chips and create a more powerful performance experience. The Honor 50 series, which will be released in June, will be equipped with the Qualcomm Snapdragon 778G chip for the first time. Under the in-depth cooperation, “a series of unexpected technical experiences” will be realized. What the actual effect is, we will see at that time.

Therefore, the hand in hand to create a win-win situation is by no means accidental, but a necessity based on Qualcomm’s recognition of Honor’s technical capabilities. Zhao Ming has previously said that “the market and cooperation are all made”, and this hand in hand is proof that Honor won the PK with friends and businessmen, and then won the cooperation with Qualcomm. 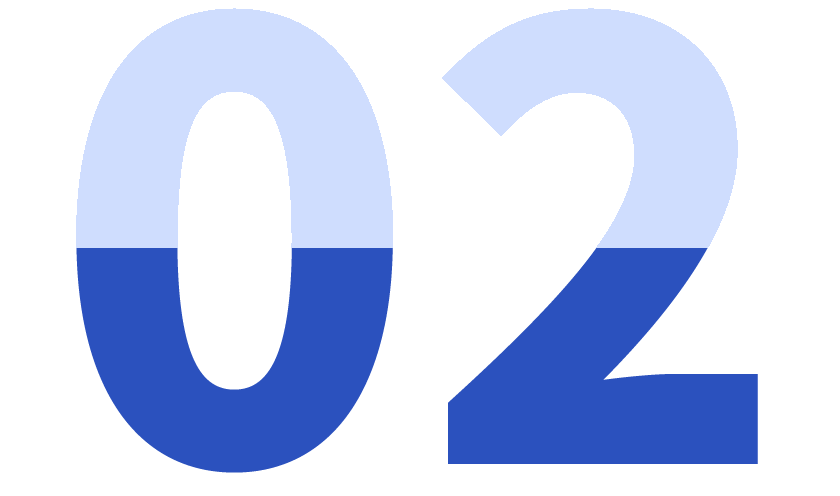 Newborn after independence, new glory is on the way

Cooperation has been reached, how to beat the market?

As we all know, the current mobile phone industry is facing the curse of “lack of core”. Apple previously disclosed at the financial report communication meeting that the iPhone 12 series encountered a shortage of chips, and domestic friends said that the supply of chips this year is “not a shortage, but an extreme shortage.” In addition, smart homes, automobiles and other fields are no exception.

In this context, any manufacturer holding hands with Qualcomm means that it will break free from the shackles of “lack of cores” to the greatest extent.

In fact, not only Qualcomm, but also suppliers such as AMD, Intel, Micron, Samsung, Qualcomm, Microsoft, MTK, UNISOC, etc. are currently partners of Honor.

Glory’s competitive advantage is thus highlighted, and the supply guarantee in the supply chain makes it free to devote more energy to product innovation.

Therefore, the industry believes that after leaving Huawei, the competitiveness of Honor has actually become stronger. It should be noted that the supply chain is more inclined to external factors, and the strength of the new glory also includes its internal competitiveness.

First of all, standing on the shoulders of giants, Glory’s starting position is already in the lead.

Including the aforementioned R&D team, Honor has fully inherited the high-quality assets accumulated in the previous stage when it was independent. Therefore, although it is a “startup company”, Honor has a complete end-to-end system of R&D, procurement, sales, marketing, service, and finance.

These capitals have created better development conditions for Honor than before independence. As Huawei founder Ren Zhengfei said, independence gives Honor an opportunity to face the market alone and win respect from the industry, consumers and society.

Secondly, based on the reorganization and overall acceleration after independence, Glory is creating its own era.

Looking back on the past six months of Glory’s independence, from the perspective of a bystander, it can be summed up in one word – new life.

Zhao Ming said that the brand Slogan can best represent the change of glory. Previously, the honor in Huawei’s system was “being brave to be yourself”, but after establishing itself, the honor’s motto has changed to “going far.” Comparing the front and back, we can see the determination of the new glory for the future and the broad vision.

Specifically, after six months of sorting out, the Honor brand has a new positioning, its competitive advantage has been clarified, and new goals have been set accordingly.

In terms of positioning, Honor’s audience has been further expanded. From domestic to overseas, from entry to high-end, “New Honor defines products for all scenarios, channels and people.” Especially in the high-end market, Honor’s core mission this year is to compete in China with products such as Honor Magic series and digital series. High-end market.

Moving forward at full speed towards the goal, Honor’s competitive advantages are quite clear, mainly reflected in innovation, quality and service. This is actually a strategic control point that Honor has adhered to for many years. Technical capabilities support innovation, use products and services to communicate with users, and rely on sound channels and retail systems to ensure sales.

Zhao Ming said, “In the next one or two years, Honor will become the most valuable brand for consumers in the Chinese market, and in the next three to five years, it will be able to take the lead in the European market, and then there will be more markets to go to. business.”

More importantly, at the same time of the new life, Honor is still injecting vitality into the industry and creating industrial value by relying on its own capabilities through cooperation with industry partners such as Qualcomm.

To sum up, if we say that the previous life script of Glory wrote the story of the second generation of rich entrepreneurs. Then the new script after independence is to stand on the shoulders of giants and grow into a new giant.

So why are domestic mobile phone manufacturers keen to participate in the trade-in business? In our opinion, the main reasons are as follows:

First, lower the purchase threshold and accelerate the transition of old users to new models. At present, the penetration rate of smart phones is close to saturation. The annual sales volume of new phones in China has reached 250 million, ranking first in the world. Each brand should expand its market share. The goal of new users has already started in foreign markets, and the brand’s old users have been maintained. It is also an important strategy to reduce the probability of changing machine and brand. Through the market method of trade-in, it can help old users lower the threshold when replacing new phones, spend less money, and better retain old users.

According to the “Today’s Toutiao Big Data Report Analysis of the Mobile Phone Industry in the First Half of the Year” report published by Toutiao, the report pointed out that the user replacement flow of each brand is as follows:

At present, the two largest mobile phone recycling platforms in China are Huishoubao and Aihuishou. Judging from the current cooperation with manufacturers, Huishoubao has been recognized by major brands. At present, among the top four domestic mobile phone brands in China, only OPPO has not launched the trade-in service. I believe that OPPO is also looking at the feedback from other manufacturers. If it has achieved relatively good results, I believe it will follow up. I went to OPPO’s official WeChat to read the user reviews, and I could see the relevant requirements:

The same is true for second-hand mobile phones. Many countries, such as India, Southeast Asia, and Africa, have a great demand for mobile phones of Chinese brands. In the future, recycling companies will find ways to expand their sales channels for recycled mobile phones and increase profits.