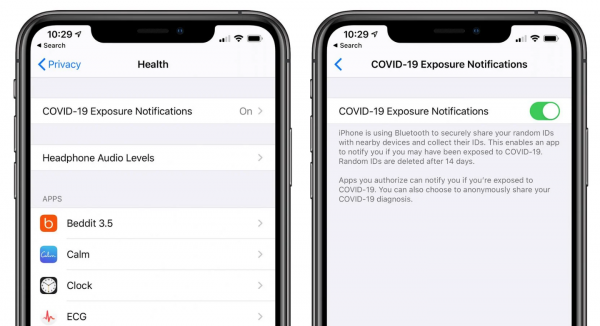 The name of the last beta version was still iOS 13.4.5 beta 2, but this time it came directly to iOS 13.5. In fact, it was not a typo when Apple updated the push, but Apple’s new iOS beta and Xcode 11. An API change was introduced in 5 to include initial support for its notification platform, and since it uses a different iOS 13.4 than iOS 13.4, the version must be updated to iOS 13.5.

Today’s update includes a COVID-19 contact tracing technology API that allows health organizations to begin developing COVID-19 tracking apps. Most of the features are for health-related apps that will include new APIs, but there is a toggle button designed to allow users to opt out of notifications from COVID-19-related messages. 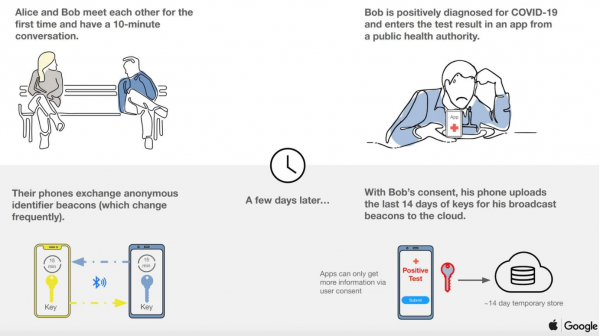 Earlier this month, Apple and Google announced a joint initiative to use Bluetooth technology to help health agencies slow the spread of the virus, always with user privacy and security in mind.

To advance this work, Apple and Google will introduce a comprehensive set of solutions to help people implement contact tracing, including application programming interfaces (APIs) and operating system-level technologies. Given the current need, the solution is planned to be implemented in two steps, always ensuring strong protection of user privacy.

The two companies will release an API in May that will allow apps from public health authorities to interoperate between Android and iOS devices. At that time, users can download these official apps through their respective app stores.

The previous iOS 13.4.5 beta introduced a new Apple Music feature, and some netizens discovered a new feature in 13.4.5. When listening to Apple Music, click the “Share” button and select Instagram to generate a Story consisting of song name and album name. But there is currently no way to access “Apple Music” via shared information.

The update may also fix an issue with Personal Hotspot that prevented it from working for some people, and it could also fix a VPN-related bug, all of which Apple has promised to address in an upcoming iOS update.

In addition to bug fixes, iOS 13.5 is also optimized for Face ID unlocking. When the iPhone detects that the user is wearing a mask, the password input interface will pop up directly, without the need to swipe up repeatedly. In this way, it is more convenient to unlock when wearing a mask!

In addition, in addition to the developer beta version, Apple also released the second public beta version of iOS 13.5, and interested students can check the update.