Imagine yourself riding in a new Level 5 autonomous vehicle (AV). It could be a car, a truck or a robo-taxi.  By using an array of perception sensors combined with continually updated digital maps and even data sharing with other vehicles around it, you and your fellow passengers can safely transit congested urban streets and intersections. But what happens when the perception sensors are obstructed? This is where inertial measurement units (IMUs) play a critical role in safety.

The autonomous car uses various perception sensors to recognize and guide itself through traffic, crowded streets, and urban roadways, quickly and constantly recognizing other vehicles, pedestrians, traffic lights, and even construction zones and other traffic hazards.  All of a sudden, your vehicle plows through a big water puddle and a big spray of mud envelops your car and covers the various perception sensors.

Your autonomous vehicle is blinded. Will it crash? Hitting other vehicles, running off the highway, or hurting or killing nearby pedestrians.

No, you are safe because the AV has another set of sensors that respond only to gravity, acceleration, and rotational velocity. IMUs function as highly reliable safety sensors for AVs when their perception sensors like LiDAR, radar, cameras, etc., get blinded.

Your AV is smart enough to recognize the status of its assortment of perception sensors. If mud, dirt, water, smoke, dust, etc., are blocking and blinding the various sensors, the autonomous car recognizes the problem. Rather than crashing into something or someone, it relies ON the IMU sensing solution to continue to safely operate through the temporary loss of other sensors. Or it will decelerate and pull off the highway and park in the event of longer outages.

Another issue is AV guidance systems that rely on satellite information to detect where they are and to ensure they get to wherever they are going. However, in various situations, satellite information can be blocked by tunnels, covered parking lots, and even tall city buildings – the urban canyon challenge. In those cases, the IMU can help keep the vehicle on its course until it regains its satellite bearings.

IMU sensors and associated intelligence are the safety mechanism when the autonomous vehicle’s perception sensors fail. As AVs become more popular, this is the tech that will save lives and ensure that it is safe to actually use Level 4 and 5 AVs.

Figure 1: Unlike vision, radar, LiDAR, and other perception sensors, as well as steering systems based on GNSS signals from satellites, IMU sensors are immune from harsh environmental conditions and physical obstructions like tunnels and foliage and will continue to operate. Click for a larger image. (Source: Aceinna Inc.)

Without IMUs to provide the safety cushion, AVs will never be able to effectively work in our city streets and highways.

What is an IMU sensor?

An IMU sensor is often composed of two sets of sensors – three gyroscopes and three accelerometers. The gyroscope measures the angular rate of three orthogonal axes. Integrating the angular rate along the three axes over time will generate roll, pitch, and yaw, which is the attitude of an object. 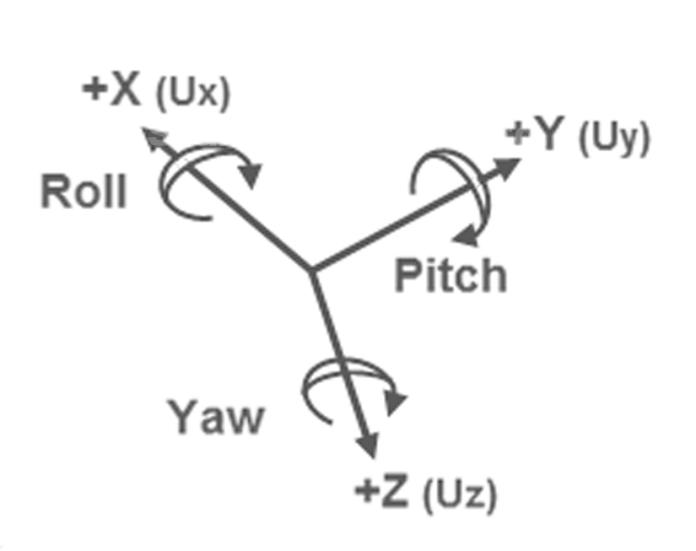 Figure 2: An IMU uses its accelerometer and gyroscope to capture measurements over six degrees of freedom – three axes of movement (forward and backward, left and right, and up and down) and three axes of rotation (roll, pitch, and yaw). (Source: Aceinna Inc.)

Why do some IMUs include a magnetometer?

An accelerometer can be used to calculate roll and pitch values with respect to earth’s gravitational force, and to correct gyroscope drift. However, it cannot be used to detect yaw because the change of yaw is orthogonal to the gravity vector.

With regards to the earth’s magnetic field, the magnetometer measures the magnetic field strength in three dimensions. It can help to determine heading (i.e., yaw) as well as roll and pitch of the object. Integrating a magnetometer in the IMU can help with detection of the initial heading of an object and correct integration errors of the yaw gyroscope in the sensor fusion algorithm.

Bias instability is one of the key performance parameters of the gyroscope. It is a direct measure of how much the gyroscope drifts over time. Because the rate output of the gyroscope is used to calculate change in angles (roll, pitch, and yaw), any error associated with drifts results in accumulated error in relative angles.

Furthermore, these angular errors translate into position errors over time. For automotive applications a high performance IMU is a necessary component for the AV to achieve high accuracy positioning.

Why is triple redundancy important for IMUs? 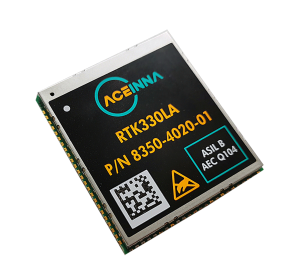 Aceinna’s inertial products, such as the RTK330LA, use three IMUs to construct a triple-redundant sensor architecture. With the company’s proprietary fusion algorithm, the system will only use valid IMU measurements.

If for some reason, one or more sensors are not working accurately, the system is smart enough to recognize the defective sensor output or errant dataset and will ignore it or derate its importance. This architecture ensures the reliability of the system and simultaneously improves the performance.

Even though IMU sensors do not get the same amount of attention and press coverage as other sensors, such as LiDAR, radar, and cameras, in many ways they are a critical safety sensor component required for the successful operation of the Level 4 and 5 autonomous vehicles that will be appearing on our streets within the next decade.

James Fennelly is a product manager – inertial measurement systems at Aceinna Inc. Fennelly received his Bachelor of Science, Electronic Engineering Technology from the University of Massachusetts. He has worked for the past 15 years with MEMS inertial sensors including component level acceleration sensors and system level products. He is responsible for defining new products at Aceinna Inc. to meet the needs of emerging applications in the inertial sensing market.