From the mechanization of the first industrial revolution in the 18th century, to the electrification of the second industrial revolution in the 19th century, and then to the informatization of the third industrial revolution in the 20th century, energy, electricity, the Internet of Things and the mobile Internet have respectively become the driving force of every technology. The engine of revolution has brought about the great liberation of social productive forces and the great leap of human living standards. Today, the “fourth industrial revolution” driven by advanced computing will once again change the development trajectory of world history – computing power, algorithms, and big data will become new productive forces, and artificial intelligence will become the landing scene of advanced computing. From the foresighted capital market, it can be found that 7 of the top 10 companies by global market capitalization are companies engaged in computing technology. Among them, Microsoft’s main business income source has switched from Windows to cloud computing platform, Google has launched the first dedicated neural network chip (TPU) in the field of cloud computing, and Wang, Ph. Jian became the first academician from a private enterprise in the field of computing in China. In addition, the algorithm has become the “not for sale” of Douyin, and Tesla’s self-developed super-high computing power assisted driving chip has become the core competitiveness and moat in Musk’s eyes. All of this suggests that the future is here, where advanced computing is ubiquitous and will eventually be omnipotent. 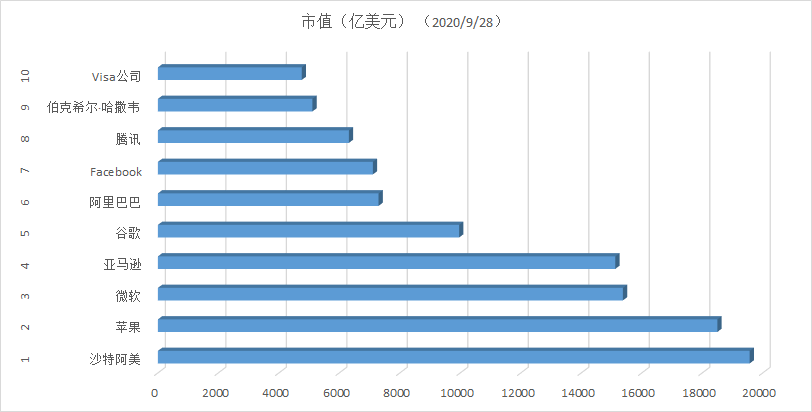 Figure 1 The top 10 listed companies with the highest market capitalization in the world (September 28, 2020)

The hardware carrier of advanced computing is computing chips, the most important of which are processor chips such as CPU (central processing unit), GPU (graphics processing unit), DSP (digital signal processor) and AI dedicated processors, as well as FPGA and dedicated accelerators. and other chips. According to the research report of CICC, a well-known domestic brokerage, the global market size of processor chips in 2019 reached 128 billion US dollars, accounting for 31% of global semiconductor sales, ranking first among all chips (the second is memory chips), High-performance computing chips have truly become the main battlefield of the Semiconductor industry. CICC’s research report also pointed out that with the development of society and economy, the per capita computing power has risen, and there is a high correlation between computing power and the per capita GDP of various countries; in the next five years, the localization space of computing chips will exceed 50 billion US dollars. ; Heterogeneous computing has developed rapidly, and the alternative space for importing computing chips has been further opened.

A hot spot in the field of advanced computing is AI computing represented by deep learning (neural network). So, will special (computing) chips for deep learning (neural networks) replace general-purpose (computing) chips such as CPUs or GPUs? In fact, conclusions can be drawn from the development of GPS or Beidou positioning chips. The sales volume of dedicated GPS and Beidou positioning chips is not large, and they are mainly used in market segments such as transportation and maritime. Today, most people have used mobile phones to achieve navigation, and do not need a separate navigator. Moreover, the implementation threshold of GPS/Beidou is low. As a function of the chip, general chip manufacturers such as mobile phones have already integrated it. Similarly, AI represented by deep learning is actually only one function in many applications. Just like GPS/Beidou-specific chips, the advantages of AI-specific chips lie in certain application scenarios in the market segment, and the integration and heterogeneity of various computing units in the mainstream market with general-purpose chip manufacturers that have already implemented the same AI functions. The competition of computing performance is not what special-purpose (computing) chip manufacturers are good at.

In July 2020, the market value of the global GPU chip leader Nvidia surpassed that of the old computing chip giant, the CPU chip leader Intel, and ranked first in the global chip industry in terms of market value. In 2019, Nvidia’s chip sales (almost all GPU chips) were only about $10 billion, while Intel’s total sales during the same period were close to $65 billion, of which CPU sales were about $50 billion. This reflects an indisputable fact that in the application scenarios of advanced computing such as artificial intelligence, the GPU will undertake more computing tasks than the CPU. However, it should be pointed out that for any computing chip, the CPU is still a necessary condition, even if it is no longer a sufficient condition, because only the CPU can achieve powerful control functions and run the Windows, Android and iOS operating systems we are usually familiar with. Therefore, not long ago, Nvidia decisively acquired ARM, another giant of CPU chips. The heterogeneous fusion of CPU and GPU originated from AMD’s Fusion Core. Now it seems that the combination of NVIDIA and ARM may build a new heterogeneous ecosystem. Previously, Intel and AMD had their own GPUs, and ARM and the previous Imagination also tried to provide CPU+GPU platforms in the embedded field. Today, almost all CPU companies in the world are designing their own GPUs, including foreign Apple, Qualcomm, and China’s Loongson and Huaxia. In the future, it will be difficult for a single CPU company or a single GPU company to break into the mainstream computing market. 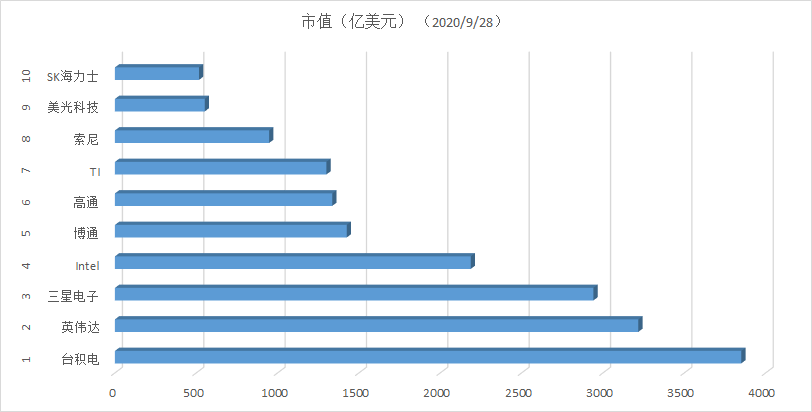 Figure 3 The top 10 listed chip companies with the highest market capitalization in the world (September 28, 2020)