Huawei plans to build a chip factory in Shanghai: not using US technology

ON November 2, according to foreign media reports, Huawei is planning to build a chip factory in Shanghai that does not use American technology. Huawei aims to produce 28nm for “Internet of Things” equipment by the end of 2021 and 20nm for 5G telecom equipment by 2022, the report said.

The report said Huawei had no experience in chip manufacturing and that the factory would be run by Shanghai Integrated circuit Research and Development Center Co. 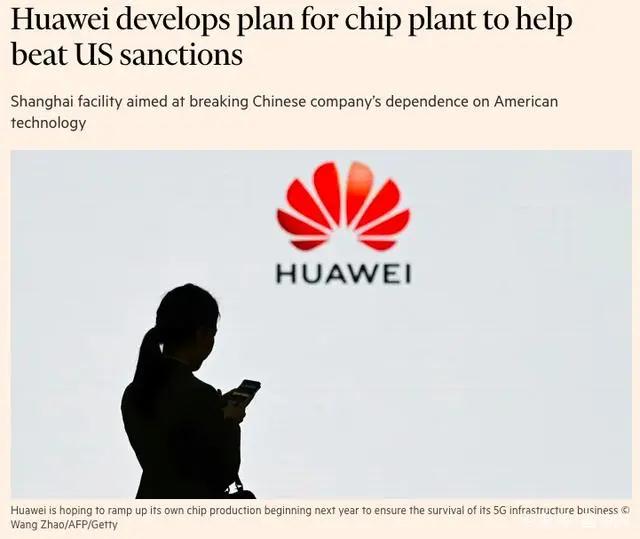 Affected by the ban, Huawei’s high-end mobile phone chips have been cut off. In order to solve the chip crisis, Huawei has considered finding alternatives. However, the most advanced technology of SMIC, the largest chip manufacturer in mainland China, is 14 nanometers, which is still far from the most advanced 5 nanometer technology. In the long run, it cannot meet Huawei’s needs. What’s more serious is that SMIC has also been blocked by the United States recently, and some suppliers’ supply to SMIC has been strengthened, and they are not allowed to supply without permission.

Mark Li, a semiconductor analyst from Bernstein Research, a U.S. financial consulting agency, believes that Huawei is likely to realize this chip self-production plan, but it will take about two years.

Mark Li also said that while Huawei’s chips needed to make mobile base stations should ideally use 14nm or more advanced process technology, it is possible to use 28nm. He said: Huawei can make up for deficiencies in software and systems. Compared with overseas competitors, Chinese producers can tolerate higher costs and operational inefficiencies.

As for the implementation of this plan, Mark Li believes that such a facility is likely to be a combination of equipment from different Chinese suppliers, such as AMEC and Naura, plus some second-hand foreign tools they can find in the market.

According to insiders, Huawei plans to eventually fully equip its domestic production equipment with Chinese-made machines, although some analysts have pointed out that this goal is still years away.

According to the official website, Shanghai Integrated Circuit Research and Development Center Co., Ltd. (ICRD) was established in 2002. ICRD was jointly invested by Chinese integrated circuit related enterprise groups and universities. Shanghai IC R&D Center is located in Zhangjiang High-Tech Park, Shanghai, adjacent to Huali Microelectronics and SMIC. ICRD has built China’s 12-inch open integrated circuit advanced process research and development and equipment material test platform, with a purification area of ​​more than 3,000 square meters. The research and development environment and management system are completely matched with the large production line, which can realize the non-contamination of silicon wafers and the seamless process flow. The connection has accelerated the speed of technology research and development and verification.