Huawei announced to enter the high-end display market, while accelerating the layout of the PC market

Recently, Huawei announced to enter the high-end Display market, while accelerating the layout of the PC market. Huawei held a Huawei full-scenario smart life new product launch conference in Beijing, and officially released a number of blockbuster new products such as Huawei MateView, Huawei MateView GT, Huawei MateBook 16, Huawei FreeBuds 4, and Huawei Smart Screen SE series. This is Huawei’s most recent launch event this year, covering the most comprehensive categories. While continuing to explore and innovate, Huawei has met the needs of more consumers for full-scenario smart living and office work. Among them, Huawei launched Huawei MateView and Huawei MateView GT two new high-end display products for the first time, which not only expanded Huawei’s PC product matrix, but also marked Huawei’s official entry into the high-end display market.

After entering the 5G era, mobile phone manufacturers are accelerating their pace in multiple fields, constantly expanding the boundaries and increasing categories, in order to realize the Internet of Everything as soon as possible. Both Huawei and Xiaomi are at the forefront in the layout of the smart ecosystem.

It is understood that Huawei officially released three products: Huawei MateView, a wireless primary color display, Huawei MateViewGT, an immersive curved display, and Huawei MateBook16, a large-screen high-performance notebook. These two monitors launched by Huawei are mainly aimed at high-end business people. This move has once again attracted market attention in the monitor and PC markets that have been silent for a long time.

The display industry with a history of nearly 100 years has gone through from black and white to color, from the “big head” of CRT to the era of thin and light LCD. Today, the PC market pattern has been set, and the leading companies Lenovo, HP, and Dell are three-thirds of the world, and new forces are constantly pouring in. Huawei’s entry into the display and PC market, what kind of situation is it seeking, and what kind of “chemical reaction” will it bring to the industry?

It is understood that Huawei has previously released a display, 23.8 inches in size, supporting 72% NTSC color gamut and 1080P resolution, priced at 999 yuan, mainly targeting the low-end. This can be said to be just a test of Huawei in the field of displays. After more than a year of brewing, Huawei has once again launched two new high-end monitors, Huawei MateView and Huawei MateViewGT.

Every time Huawei enters an industry, it becomes an innovation promoter.

From black and white to color, from the “big head” of CRT to the thin and light LCD era, the display industry, which has gone through nearly a hundred years, has experienced rapid development, but now it can only rely ON the technological upgrade of display panels to move forward slowly, functional experience, appearance Form breakthrough is limited. Huawei’s entry into the display market, with its hard-core product strength and innovative experience, hopes to break the predicament of the display industry and inject vitality into the market.

Although it entered the display market late, Huawei has been deeply involved in the smartphone industry and PC industry for many years, and has rich product experience and strong R&D strength. Huawei Mate series mobile phones are the representatives of the ultimate technology of its smartphones, and the appearance design is constantly creative and breakthrough; Huawei MateBook series notebook computers, in addition to the thin and light design, whether it is a full-screen design, or the wisdom to break through the barriers of mobile phone Android system and notebook Windows system The experience is also at the forefront of the industry. Today, Huawei has entered the field of displays. This time, it not only brings a professional-grade 4K+ large screen, but also continues the 3:2 productivity screen of notebooks. It also brings Huawei’s characteristic intelligent experience to the field of displays, which is truly driven by innovation. Technological innovation and experience upgrade. 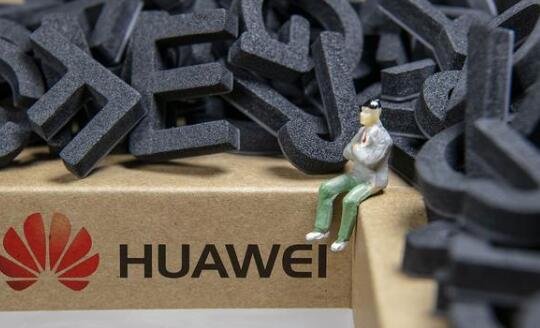 “With the advent of the era of 5G Internet of Everything, traditional PCs have been unable to meet consumers’ demands for intelligence and interconnection due to the pure homogeneity and serious hardware stacking. Today, the PC market needs new dynamic elements to enter, bringing more Variable. As an important entry point for smart terminals, Huawei PCs will connect with mobile phones, headsets and other devices to achieve multi-device interaction, the establishment of a full-scene ecosystem, and bring connections between software and hardware manufacturers, home appliance companies and technology giants, stimulate market vitality, and seek for More room for growth. Huawei PC may become a game-changer in the industry, and it is even expected to bring the market back to rapid growth.” Zuo Yanque said.

According to public information, although Huawei entered the display market late, Huawei has been deeply involved in the smartphone industry and the PC industry for many years, and has rich product experience and strong R&D strength. This time, Huawei’s entry into the display field has not only brought a professional-grade 4K+ large screen, but also continued the notebook’s 3:2 productivity screen, but also brought Huawei’s characteristic intelligent experience to the display field.

Among them, Huawei MateView, which is designed for professionals, has ultra-high screen quality and ensures the display effect. At the same time, it creates the DNA of MateView’s “minimalist aesthetics, primary color display, and smart experience”.

The Huawei MateView GT display is designed with an immersive curved screen, with a 34-inch curved screen, a 1500R curvature, a high refresh rate of 165Hz, and an integrated touch-sensitive tuning base SoundBar, which can not only bring a better experience and efficiency to office workers, but also Meet the needs of audio-visual enthusiasts and e-sports players.

The notebook Huawei MateBook 16, in terms of innovative design, Huawei MateBook series products have always been at the forefront of the PC industry: bringing a 3:2 productivity screen that is more suitable for office work at all costs, a hidden camera that takes into account privacy and practicality, Simple and quick one-button fingerprint boot, multi-screen collaboration function that breaks the barriers of mobile phones and laptop systems… Huawei MateBook D series, Huawei MateBook digital series, Huawei MateBook X series, for students, white-collar workers and high-end business people, launched different Products of price and configuration, with the continuous innovation of products, Huawei notebooks are deeply loved by consumers and quickly become the first echelon of the domestic PC market. According to a report released by Chn-brand, Huawei notebooks surpassed Apple to become the most recommended notebooks by consumers in 2021. Now, with the launch of Huawei MateBook 16, a large-screen high-performance notebook computer, Huawei notebooks have added new members, and the product matrix has been further enriched and improved.

As a latecomer in the PC industry, Huawei’s strategy focuses on new interaction methods and new product forms, breaking the barriers between mobile phones, computers and other devices to achieve an integrated experience, through multi-screen collaboration and other functions Further strengthen the link between products. The all-in-one experience demonstrated at the press conference, including that the display can accept wireless projection from laptops and mobile phones, up to three mobile phone windows can be opened on the laptop screen, and Huawei Cloud Space allows information synchronization and file sharing among multiple devices. .

While adding new members to Huawei’s notebooks, it also entered the display market, reflecting Huawei’s determination to continue to deepen the PC industry. However, due to well-known reasons, Huawei’s mobile phone business is facing huge external challenges, and shipments have recently declined to varying degrees. In an environment where core business is blocked, whether full-scenario smart life products, including PCs and wearable devices, can build a moat for Huawei’s consumer business, or even create new business growth points, requires further market testing.

At the same time, affected by changes in the supply and demand structure, the trend of large-size displays in the Chinese display market will accelerate in 2020. The supply of small-size segments of 21.5 inches and below has been reduced, and in the second half of the year, it is even more difficult to find a single screen for small-size products. The 23.8-inch actively fills the position, establishing its market position as an entry-level general-purpose display in the commercial and consumer markets.

With the rapid growth of China’s e-sports monitor market, the definition of e-sports monitors in the supply chain and the whole machine market is undergoing fundamental changes. E-sports monitors are no longer limited to gaming monitors, but are redefined as high refresh rates. A high-performance display with core technical indicators. Its usage scenarios are expanded from specific game scenarios to daily office and professional office scenarios.

From these trends, we can also see the product logic of Huawei Display, including keywords such as high-performance office, large-size screen, e-sports direction, and high refresh rate, and see whether the domestic PC industry pattern will change after Huawei enters the game. .