The internet of things is finding its way into houses and apartments, office buildings, airports, and hospitals. Radio-based lighting, heating, and security systems as well as new types of services provide more comfort, more efficient and better building services, and lower energy consumption. Energy harvesting offers an attractive alternative to batteries, typically used to supply energy to the sensors in these applications, thanks to several benefits.

The success of battery-powered wireless sensors and controllers is no coincidence, as they offer several advantages. Since they are independent of cables and sockets, they can be placed anywhere and moved flexibly between rooms. But their energy is not available endlessly. 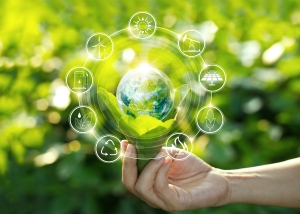 For larger systems, facility managers must plan and carry out the procurement and replacement of batteries. Here, as in industrial applications, it is certainly a challenge to monitor the large number of batteries and replace them as a preventive measure or immediately if necessary. For consumers, if the battery is empty, they need to change it right away and always have backup batteries at home.

Another aspect is environmental pollution: It is estimated that tens of trillions of IoT radio sensors will be in operation in a few years. The same number of batteries requires 1 million tons of lithium — that’s the equivalent of 10 years of production. But even if the available lithium were sufficient, its depletion would cause considerable environmental pollution. And so far, there is no recycling process that can extract enough pure lithium to be reused in batteries. The same applies to other toxic heavy metals in batteries, such as mercury, lead, cadmium, and nickel.

An alternative to batteries is the power supply via cable. However, especially in the case of retrofits and expansions, this means a lot of effort and high costs. Simple and just as flexible as battery-operated wireless sensors and controls are those that use energy harvesting to generate their energy directly from the environment — from movement, light, or temperature differences. This means that sensors and switches can operate maintenance-free, are self-powered, and can be installed anywhere in the building.

With kinetic energy harvesting, electricity is generated from kinetic energy. For example, pressing a switch can activate an electromechanical energy converter that generates enough energy from the press of a button to switch household appliances or lights ON and off, or to call up light scenes or control roller shutters.

This principle can be used to create switches that do not need to look different from conventional models — from simple on/off or up/down switches to sliding and rotary controls for controlling light intensity and color, heating, home entertainment, or security systems. They are always ready for immediate use and anyone in the household can use them. This makes them easier to use than an app that has to be opened and activated on a smartphone or tablet.

The same method is also suitable for window contact sensors, which report when a window is open. Additionally, a water sensor, for example, uses a swellable material that, when it expands, activates the electromechanical energy converter. Installed under the washing machine or bathtub, such sensors send a radio signal to a valve that interrupts the water supply when there is contact with water.

To generate energy from sunlight, small solar cells mounted on sensor modules convert the light into electrical energy. This enables sensors to be operated, for example, for humidity, temperature, window contacts, or presence sensors. The energy is stored internally, which ensures that the sensor’s energy supply is secured for up to four days, even without a new energy supply.

With a Peltier element and a DC/DC converter, energy can be generated from a temperature difference of just 2˚C, which is sufficient to operate a wireless sensor. This method is ideal, for example, for self-powered heating valves that use the temperature difference between the heater and the environment to change the setting and communicate via radio with a solar-powered room controller.

Energy-harvesting–based wireless sensors fulfil typical tasks of building automation entirely maintenance-free and self-powered, such as status messages of doors and windows. In office blocks or infrastructure buildings such as railway stations or airports, they enable maintenance and repair work on lifts, heating, and air conditioning systems or any other technical equipment to be carried out as required and thus more efficiently. For this purpose, they send certain status messages via an IoT gateway over the internet to the relevant service provider.

Other building applications include presence and activity sensors that are used to record how often a meeting room is used and by how many people. The same applies to sanitary facilities so that they can be cleaned as required and consumables such as toilet paper, soap, and towels can be refilled. This reduces effort and costs while increasing user satisfaction. The facility manager in turn can be sure that the agreed-upon services have been provided.

Networked with IoT platforms from companies such as Microsoft, T-Systems, and IBM, the sensors provide real-time data for the digitization of buildings and building services.

Energy harvesting provides the flexibility of self-powered sensors and switches that are maintenance-free and can be installed anywhere. In addition, they eliminate the environmental impact of toxic battery materials. 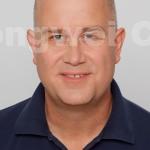 Raoul Wijgergangs was appointed CEO of EnOcean in August 2021. The Dutch IoT expert has over 20 years of experience in the IoT industry, having led two successful exits through acquisition as well as one by a joint venture. Before joining EnOcean, he was CEO at Disruptive Technologies in Oslo and worked as vice president/general manager at Silicon Labs as well as vice president/general manager of the Z-Wave business unit at Sigma Designs in Copenhagen, to name but a few positions. He is also a co-founder of the Z-Wave Alliance.