After nearly 4 rounds of suppression, whether Huawei’s mobile phone business can stop the decline and seek opportunities to rise, Hongmeng system will take ON a lot of responsibility in the future. In the words of Huawei executives, in addition to building Huawei’s own operating system and ecosystem, Hongmeng System must also buy time for Huawei’s hardware rise.

At 8 pm on June 2, Huawei officially announced the launch of a new generation of smart terminal operating systems and products with the new system. June 2 will be a highlight in Huawei’s development history. 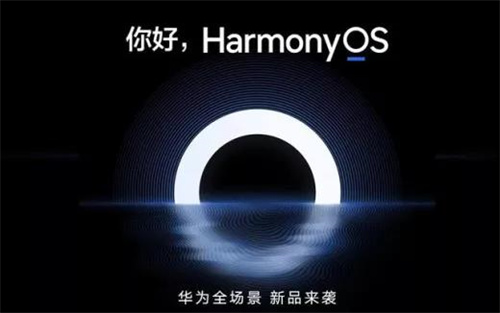 From a potential point of view, if Hongmeng becomes famous in the first battle, US companies will not be able to cover the sky with one hand in the field of operating systems. The emergence of Hongmeng will end the history of domestic mobile phones without an operating system, and will also break the monopoly of Google and Apple. However, with the release of the Hongmeng system, the attitude of friends and businessmen made Huawei see the reality.

For Hongmeng to succeed, it needs not only various breakthroughs in technology, but also the number of users and the support of ecological partners to support it. , 5 remained silent, and only 2 expressed support. This is not good news for the upcoming release of Hongmeng.

It is understood that several domestic Huawei friends, although they have previously stated that they will not rule out companies that have further cooperation with Hongmeng, but when June comes, domestic companies such as Xiaomi and OV have adopted a silent response to whether they are compatible with Hongmeng. Attitude. Even from the previous development process, you can still see a trace of unfriendly atmosphere. For example, employees of a mobile phone manufacturer have publicly ridiculed the Hongmeng system on social platforms, and ZTE earlier has clearly rejected Hongmeng. 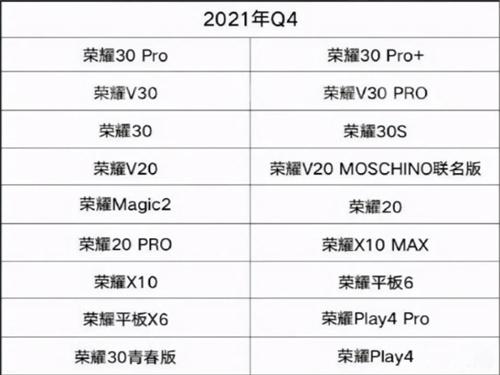 It is a little regrettable that compared with the other five mobile phone manufacturers, the strength of these two companies is still weaker. Although Meizu used to be a leader in the mobile phone industry, after several years of development, Meizu is now a different person, and Meizu is basically invisible in the ranking of market share. And Honor has just become independent from Huawei, and the chip supply chain and market share are slowly recovering. The addition of the two of them is only a drop in the bucket for Hongmeng’s goal of 300 million users.

I have to say that this is the reality. As Huawei executives said, creating a mobile operating system is only 1% complete, and the remaining 99% requires the joint efforts of all mobile phone manufacturers. It can be seen that how Huawei can make its peers recognize Hongmeng will be one of the difficulties in future work.

The reason why domestic manufacturers such as Xiaomi OV are waiting and watching, I personally think it may be because of the following points.

Nowadays, smartphones often have more than 4G of memory, and even the memory is as high as 12G. Huawei does not open source, and domestic manufacturers such as Xiaomi OV naturally cannot respond immediately.

Once again, it is Fuchsia OS, an IoT operating system officially publicly available by Google on May 26.

As early as 2016, the magic secret code appeared on GitHub, and it was Google who was developing a new operating system called “Fuchsia”, which was built to enable cross-platform operation.

Since then, the operating system has been continuously improved, and Huawei, Xiaomi, OPPO, and Vivo have all contributed code to Fuchsia OS.

And Xiaomi OV has been deeply involved in the Android ecosystem for many years, so for them, I am afraid that Fuchsia OS is more intimate than Hongmeng.

Finally, because of Huawei.

Fortunately, Microsoft only makes high-end devices and competes directly with Apple. The purpose is to improve the quality of Windows devices, and the opposition from major manufacturers is a little less.

Today, Huawei’s situation is similar to Microsoft’s, because Hongmeng OS is Huawei, and Huawei itself builds mobile devices based on Hongmeng OS. Under such circumstances, domestic manufacturers such as Xiaomi OV naturally have to figure out Huawei’s mind.

We see that Hongmeng’s partners come from the fields of home furnishing, travel, education, office, etc., including Midea, Supor, iFLYTEK, BOE, 360 and other companies, and they have joined Hongmeng’s “circle of friends”.

In the past few days, Gree also announced to join as a partner of Hongmeng. As an attempt of a domestic system, Hongmeng has also received support from many banks.

Bank of China announced that, as a strategic partner of Huawei, combined with the functional characteristics of Hongmeng, it took the lead in launching the atomic service of “BOC Foreign Currency Cash Reservation”, laying out a new ecology of open banking scenarios, and actively exploring lightweight services. He also said that in the future, it will work with Huawei to continue to explore the new technologies and service methods brought by Hongmeng, and try to launch financial scene services based on “voice arousal” and “multi-terminal collaboration”.

China CITIC Bank stated in its announcement that using the HarmonyOS atomization service, customers do not need to download the APP, and can use the “China CITIC Bank” service card to apply for a China CITIC Bank debit card and check the progress. Through the simple operation mode, the convenience of user card application and progress inquiry is improved.

The official WeChat account of China Guangfa Bank credit card stated that Guangfa officially became the first member of Huawei’s Hongmeng operating system ecosystem. As the first credit card application in the banking industry to adapt to Hongmeng, the “Discover Wonder” app fully supports the localization of the operating system. GF Credit Card said that both in terms of underlying technology and products, GF Credit Card has worked closely with Huawei, and GF Credit Card is also one of the first banks to support Huawei Pay. ?

Because of the open source nature of Hongmeng system, it is not only compatible with various terminal products, but also can be applied to the ecology of different scenarios. It is believed that with the arrival of the Hongmeng system, it may bring new changes to the financial industry such as banks.

Sometimes, for enterprises, in addition to considering commercial interests, there will also be a certain overall view, especially for related enterprises such as banks.

To what extent the Hongmeng system can develop, in addition to Huawei’s basic work, it is inseparable from the support of various companies.

No, China doesn’t really need the Hongmeng system, what China needs is its own system.