After reading this article, you will have a better understanding of the role of capacitors!

Capacitors generally have a variety of functions and uses, such as: in bypass, decoupling, filtering, energy storage; in completing oscillation, synchronization and time constant…

Let’s analyze it in detail:

Blocking DC: The function is to prevent DC from passing through and allow AC to pass. 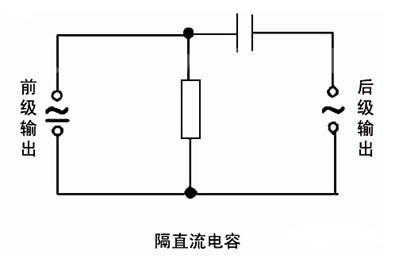 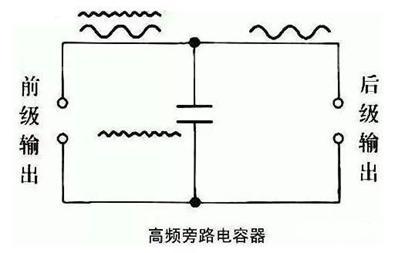 When drawing the PCB, special attention should be paid to suppress the ground potential rise and noise caused by excessive voltage or other input signals only when it is close to a certain component. To put it bluntly, the AC component in the DC power supply is coupled to the power supply ground through a capacitor, which plays a role in purifying the DC power supply. As shown in Figure C1, it is a bypass capacitor, and it should be as close to IC1 as possible when drawing.

Coupling: As a connection between two circuits, allowing an AC signal to pass and travel to the next stage circuit.

If no capacitor is added, the AC signal amplification will not change, but the working points at all levels need to be redesigned. Due to the influence of the front and rear stages, it is very difficult to debug the working points, and it is almost impossible to achieve in multi-stage.

Filtering: This is very important for the circuit, and the capacitors behind the CPU are basically used for this purpose. 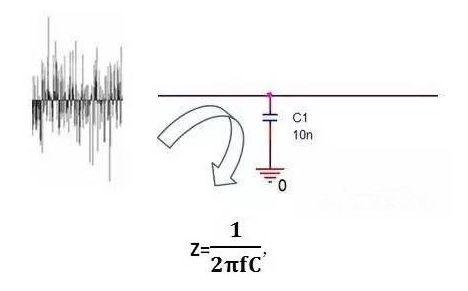 The higher the frequency of the capacitor, the greater the attenuation. The capacitor is like a pond, and a few drops of water are not enough to cause a big change. That is to say, the voltage fluctuation is not very large when you can buffer the voltage, as shown in Figure C2:

Temperature compensation: Compensate for the influence of other components’ insufficient adaptability to temperature to improve the stability of the circuit.

Similarly, when the temperature decreases, the capacity of one capacitor decreases while the other increases, and the total capacity is basically unchanged, which stabilizes the oscillation frequency and achieves the purpose of temperature compensation. Timing: Capacitors are used in conjunction with resistors to determine the time constant of a circuit.

When the input signal transitions from low to high, it is input to the RC circuit after buffering 1.

The characteristics of capacitor charging make the signal at point B not jump immediately following the input signal, but have a gradually increasing process.

When it becomes large enough, buffer 2 flips, and a delayed low-to-high transition is obtained at the output.

Time constant: Take the common RC series connected integrator circuit as an example, when the input signal voltage is applied to the input terminal, the voltage on the capacitor gradually rises.

Tuning: System tuning of frequency-dependent circuits, such as cell phones, radios, and televisions. 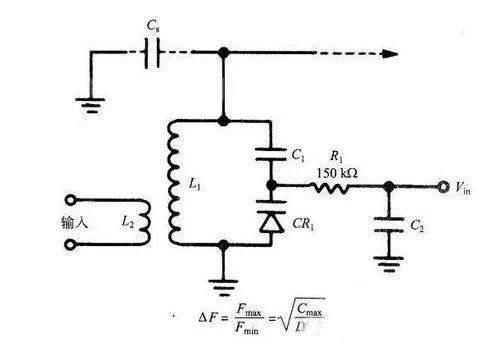 Rectification: Turning on or off a semiconductor switching element at a predetermined time.